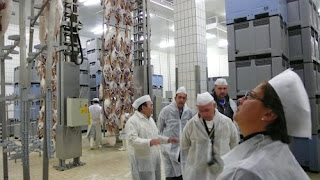 All this leads to people making incorrect assumptions about the potential to produce great mass-produced food. 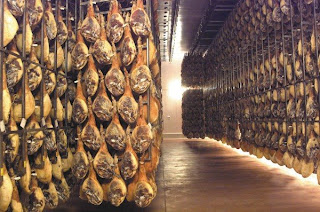 When I lived in Europe, I rarely saw American food. When I went to the food section at Hertie, I'd see all sorts of non-German stuff, but very little of it was American. The few American products really stood out. One that was clearly very popular was Kraft cream cheese. I later heard plenty of Europeans talk about that cheese and how much they loved it, even though Schmelzkaese and other European cheeses are similar.

Later on I read a fascinating article about how Kraft is the dominant company in cream cheese, because they know how to make cream cheese better than all others - big, small, organic, conventional, "local", biodynamic etc. I think it is interesting that: 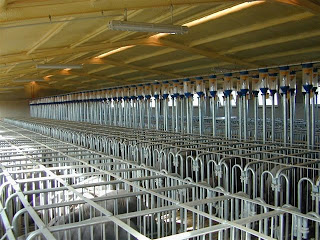 Because producing good tasting food is about chemistry and processes, it isn't surprising that large companies can produce that stuff better than "artisans", in the same way that drug companies are better at producing medicines than home chemists. The fact that a home chemist uses "organic" techniques or "local" ingredients isn't going to necessarily make better products, and may even lead to lower quality results, by constraining the selection of inputs.

Of course, small producers can produce better results than big producers - they just need to be very good.
Posted by Heath Putnam at 7:58 AM