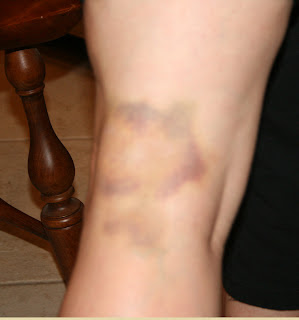 Berkshire and Mangalitsa sows are farrowing on the farm right now. This is a big deal, because it is cold here - 21F (or -6C).

The Mangalitsa sows are supposed to do fine, even in the cold, as long as they have some basic shelter. Humans don't need to attend the birth and help them or their piglets - given the minimum, they should survive.

The Berkshire sows on the farm are much worse mothers. This is apparent in multiple ways:
The Berkshire sows we have came from farms that use gestation crates. Those farms aren't selecting for good mothering, because the crates take care of that. So some of them are good mothers, and others are terrible mothers. The only thing to do is to figure out which sows are good and keep them; the rest get culled.

The behavior of the bad mothers is very hard on Gary, the herdsman: one Berkshire sow attacked her piglets whenever they got near her food. She'd pick them up and throw them, maiming or killing them. Another Berkshire sow farrows out in the open, where her piglets get crushed or eaten by other pigs, or just die of exposure. Another crushes them, ignoring their screams of distress. This is simply terrible to witness.

All of that brings up the interesting question - what is more humane, using crates, or not? Is it inhumane to use crates on the sow, or is it inhumane not to use them, and have a large number of piglets die because of it? It is very easy to say gestation crates are inhumane, until you need to dispose of lots of dead piglets. Guys who use crates will tell you that if you let the sow out of the crate, she'll just go back in it, because she's used to it and considers it her spot. Dogs can have the same relationship to their kennel. It isn't really clear how miserable a sow in a crate is or isn't.

The Mangalitsa pigs are completely different from the Berkshire sows - just give them a hut with straw away from the other pigs, and they'll give birth. They won't crush their piglets or farrow them out in the open.

The downside is that if a piglet squeals in distress, sows get upset and bite. It happens very quickly - it is an instinct.

That means that you can't "process" the piglets (e.g. ear notch, castrate, deworm) with sows around. For example:
As both cases illustrate, sows look out for the piglets of others, which makes the sows dangerous. It isn't enough to get a piglet's mother away - you have to keep all the other adults away too. That pig solidarity is fascinating - because they are absolutely awful to each other, and do things like eat the babies of each other.

One interesting thing about the humane standards from groups like Certified Humane Raised & Handled is that they often require that piglets be sterilised in the first week of birth. Although that makes sense for pigs raised in confinement, that can't work for us, nor anyone else that lets the pigs farrow unattended in a big field or forest. Because if you have to go out to a sow and castrate her piglets in those first few days, you are probably going to get maimed. If the sow isn't confined, she will attack. You'll just get maimed, and no piglets will get castrated.

So if a farmer wants to have "Certified Humane Raised & Handled" stamped on his pig, he'll pretty much have to confine the pigs. Another thing about their standards: clipping the needle teeth is allowed, as is tail docking. So the humane producers can confine their pigs, cut their needle teeth and dock their tails and still be humane. Anyone who doesn't confine the pigs (like us) can't be humane without getting maimed.

The EU has similar standards about castrating piglets in the first week. Due to the Mangalitsa sow behavior, the farmers just castrate later and lie about it. They are all breaking the EU's animal cruelty laws, despite the fact that most people would consider their farms extremely good for the pigs.
Posted by Heath Putnam at 1:39 AM

I don't often engage in trying to determine what particular animal husbandry practice is "more humane." From the perspective of someone committed to animal rights, the welfare standards of animals are less problematic than their fundemental status as commodities With respect to your situation, those sows and piglets exist by virtue of your deliberate actions to breed them. Would this happen to feral pigs in the wild? Perhaps, but such is the course of nature. In coopting that process you have created a problem that wouldn't have existed otherwise. Since you are committed to this enterprise, I would hope you choose to use the least amount of confinement necessary to protect the health and well being of all involved: human and otherwise. If that includes limited use of crates, so be it.

You also mentioned a provision of the certified humane standards which calls for sterilization at one week. Why is this? Is it simply to prevent boar taint? How is it performed? What about the other procedures you mentioned like teeth clipping and tail docking? Why are they still performed?

Hope you and the rest of the farmers are all well or at least recovering; that bruise looks nasty.

Just curious, but what is the rationale behind the EU rules on sterilization?

It's hopeful to hear the amount of hands on and hands off attention that Gary and yourself are appropriating these hogs. I'm grateful for this blog and any knowledge that I'm able to acquire from it. Wish I had signed up for the German classes in college, guess it's not too late.

As you mention (Sean), the essence of farming is that humans impose their will on animals and treat them like commodities. I myself would prefer that we could grow meat in vats and avoid animal exploitation. Even without achieving that, technology may allow us to avoid cruelty - e.g. ensuring that no excess males are born (avoiding castration).

You mention eliminating confinement - but it really isn't clear if modern farm animals despise confinement. Some modern breeds of chickens don't go outside, even if their door is open. But the heritage breeds do. I'm not sure that locking in the modern chickens is so awful.

With the pigs, it really isn't clear if the modern sows dislike the gestation crates. I suspect using crates on a Mangalitsa or other breed closely related to wild boar would be less humane, because they move around so much.

The castration is done to prevent taint. I think the idea of doing it in the first week is that the piglet somehow won't remember the farmer coming and cutting off the testicles. I think humans have a similar rationale when it comes to circumcision. They somehow think that the mutilation is OK, so long as it is done early enough.

There are many ways to castrate a pig. One easy method is to use a scalpel. Others use bands. I heard old-timers used to use their teeth. I can almost believe that - scalpels go dull very quickly, because pigs have very tough skin.

The teeth clipping is performed to reduce piglet-on-piglet damage. The piglets use their teeth to fight for teat positions. Cutting the teeth cuts down on the damage they do to each other. I've heard it also protects the sow's teats from damage, but I don't believe that.

The tail docking is done because nearly all farms are too dense to avoid it. Even on our farm, a sick piglet will get picked on by other pigs, who will bite his tail off. Although pigs are downright nasty to each other, dense stocking makes it even worse.

So the standard allows docking - it would be economically infeasible to do anything else on a wide scale.

I mention those surprising parts of the standard because many people probably imagine that "certified humane, raised and handled" allows them to eat meat "guilt free" - but the nature of farming is such that it will probably never be "guilt free".

I'll probably not eat much "certified humane, raised and handled product" - because the farmers that I respect can't sell under that certification.

I see the certification as a way to make people feel better about confinement operations - so in general, I'm against it.

My advice is to go to the farm, meet the farmer and the animals, help out with some dangerous or nasty chores, watch the slaughter and then eat the meat.