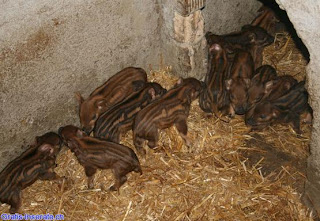 There's some Swiss breeders selling piglets that come from a crossbred boar (Wild Boar x Mangalitsa) and a Duroc sow. 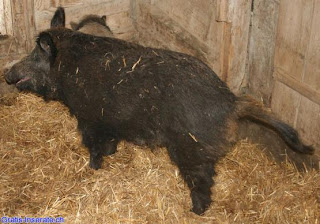 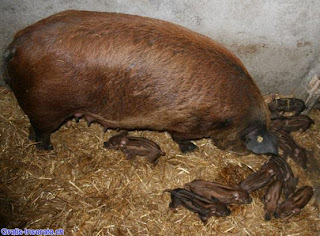 I find their efforts interesting. The Austrian Mangalitsa breeders generally consider a wild boar to be a good thing to cross into the herd, because it is closely related to the Mangalitsa. But that F1 boar above looks a lot scrawnier than a Mangalitsa.

There's a red mangalitsa in the Austrian herdbook who has some wild boar in her. When she sheds, it is more obvious: 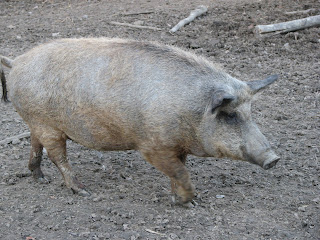 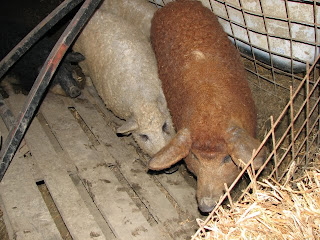 Now that they've got trade between Austria and Hungary, they can get in new boars and introduce new genes via those boars. Eventually, the herd will look like the boars. That is how the Mangalitsa breed spread throughout Hungary - they bred lard-type boars to their lean sows.

Here's a picture of Franz, a boar in America's (Swallow-Bellied) Mangalitsa herd: 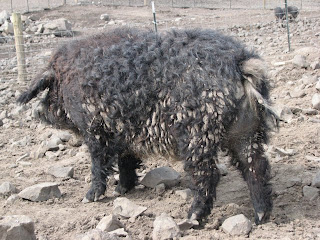 He's got some wild boar traits (e.g. small, wary of humans), but he doesn't look much like that F1 boar above. If Franz's male offspring look small and lean like Franz, they aren't good candidates for keeping as boars. Over time, fewer and fewer pigs are going to look like Franz.
Posted by Heath Putnam at 9:54 PM