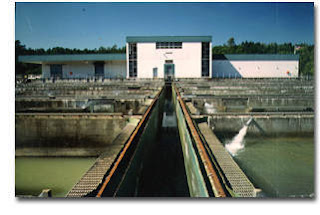 In a recent post, I explored some of the details of modern iberico production. Not surprisingly, as demand for iberico products has soared, there's been an economic incentive to produce as much iberico as possible. Producers have responded by using a variety of innovations, some controversial. As described in this article:

The extensive pig production in Spain is traditionally characterised by: the use of the Iberian pig, an autochthonous breed perfectly integrated into the environment in which they have developed; a long duration of the productive cycle for about 23–24 months; a high level of animal welfare level, specially in the fattening process with freedom of movement and feeding base on natural sources: acorns and grass, and an equilibrated “dehesa” agro-forestry system where this activity has been developed. Nowadays, the introduction of more intensificated methods due to the increasing demand led to important changes, such as: the shortening of the productive cycle (10–12 months); freeing from the territorial base; changes during the fattening period, fattening with mixed feed and less animal freedom. All these facts may implicate a loss of the animal welfare condition. These circumstances lead us to question it from an ethical point of view.

A key limiting factor is the efficiency of the Iberian sows at weaning pigs. The obvious response is to run a hybrid system: run the breeding stock with modern methods and get the most Iberian pigs on the ground, then finish them with more or less traditional methods that bring a high price.

The methods designed to produce the most weaned pigs seem to be in conflict with the free-range finishing that some of them experience*, but it is a direct consequence of pig biology and consumer demand.

The same thing has happened with "wild salmon".

The best salmon is wild salmon. It tastes the best and costs much more than farmed salmon. But - and this isn't well known - a lot of those "wild salmon" start their lives in fish hatcheries. After they are mature and ready to go out in the world (an analogous stage for the pig would be a started pig), they enter a more tradtional production system (the ocean, for Iberian swine, the Dehesa).

The more you look at it, the more sense it makes. With both salmon and Iberico, there's the potential to produce many offspring in a generation, but in the wild (or primitive production systems), a good fraction of them aren't going to make it.

Whether or not it is ultimately good or bad that people use these innovations, it is clear that they allow us to produce a lot more super-premium food without losing on quality. A lot of innovation in food (e.g. TV dinners) is anti-quality, but the ones that impact reproduction efficiency aren't.

The contrast between how the animals start out (controlled environment geared to maximum production) versus how they wind up is so surprising. If you saw only the start or the finish, you'd never guess what was going on.

* There are too many Iberico hogs each year to finish them free-range.
Posted by Heath Putnam at 1:07 AM