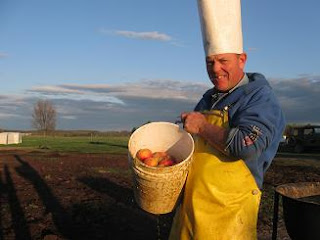 I've written before about Mark Baker and his traditionally-raised Mangalitsa. 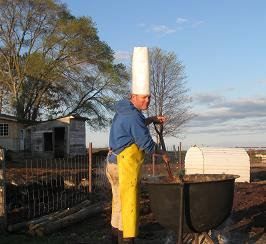 They are having a lot of fun feeding them porridge. Where do you go get a cauldron like that? The last time I saw one of those, it was a film set in America's 1800s.

Also, I love how the pigs are lined up, in a mob crowding the fence. 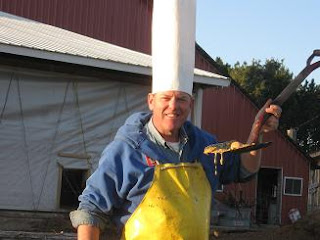 Based on what they said previously, I'm guessing there's plenty of eggs and delicious chicken heads in there: the sort of thing that growing piggies love. Of course, they'll switch rations when they finish the pigs, to get the best fat possible. Feeding slop to pigs that you want to make great products from isn't smart. 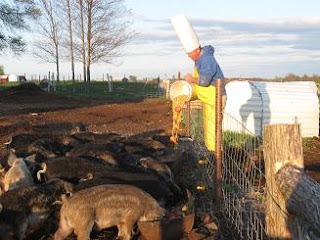 Wow are those pigs growing fast! You know they absolutely love Mark for bringing them such tasty food. 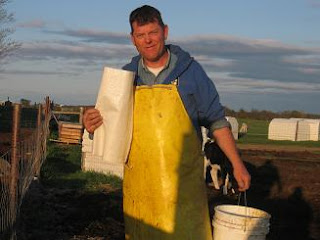 I love the hat!