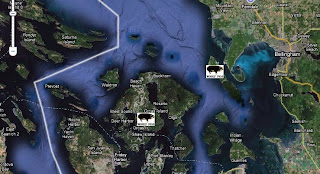 I recently delivered some piglets to Orcas Island and Lummi Island. These islands are in the far northwest corner of the USA.The islands have a long history. For example, Orcas Island is named after the Viceroy of Mexico who sent an exploration expedition to the Pacific Northwest in 1791.


John Steward of Maple Rock Farm (Orcas Island) has several Mangalitsa and Mangalitsa-sired pigs. He's raising some of them for the Inn at Ship Bay, where they'll serve their pigs after they grow and get fat. 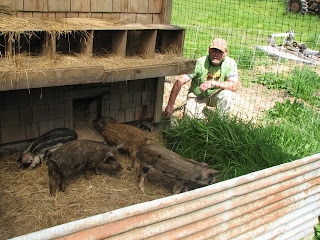 John Steward and some pigs.
The pigs will have more freedom later, after he's sure they know him and where "home" is. 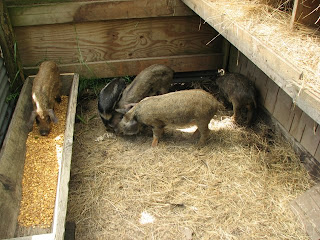 Mangalitsa and Mangalitsa-sired pigs.
He gave me some bread, eggs and vegetables from their farm, which I really appreciated. 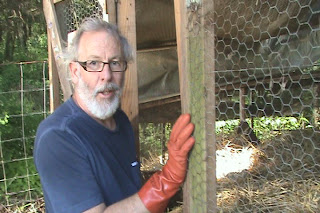 Their Inn was featured recently as an agritourism destination in "Seattle" magazine:

Slow Down at Willows Inn
The center of the action on tiny Lummi, Willows Inn provides 10 handsomely appointed guestrooms, a private west-facing beach—and a dining room that serves some of the best food this side of Paris. Proprietors and spouses Riley Starks and Judy Olsen breathed new life into the 1910 historic inn when they took it over in 2001. A former commercial fisherman and a “slow food” devotee, Starks takes every chance he gets to responsibly claim culinary treasures from the nearby sea—Dungeness crabs, spot prawns, reefnet-caught salmon—which Olsen then whips up into sumptuous gourmet meals, which include produce from the couple’s organic Nettles Farm just up the hill. The Taproot Pub and Espresso offers lighter fare in a casual, grotto-style atmosphere.

Tend to Your Inner Farmer
The unassuming Nettles Farm—owned by Willows proprietors Starks and Olsen—is making a name for itself as an agri-tourism leader. Becky Seward, who tends to the farm’s colorful rows of produce, overflowing hothouses and boisterous livestock (some 100 egg-laying chickens, and American pink and Hungarian Mangalitsa pigs)...

He's well-known for his reefnet salmon, which has its own category in the USA's Ark of Taste.

Riley is already serving products made from the pig he raised last year. He fed me dinner after we got the pigs settled. One of the courses used some of his Mangalitsa bacon, which was incredible. The whole meal was excellent. The sorrel soup was great.

Now Riley has a Mangalitsa and a Mangalitsa-sired pig. It will take them a long time to grow. He'll have to take care of them through the winter, which is a chore. 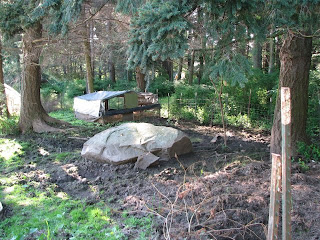 Like John, he put his pigs in an enclosed area. After they get used to it and think of it as home, he'll let them out to run around. He said his previous pigs really liked to scratch themselves on the boulders in their pen.
Posted by Heath Putnam at 10:59 PM